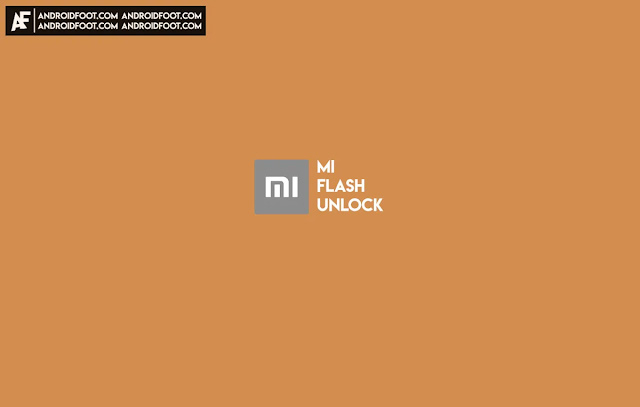 Xiaomi has become one of the popular brand nowadays, with the advent of their latest Sub-Brand series that is Redmi, then the Brand is felt increasingly strong for the Android Smartphone market globally.

That Chinese origin brand has indeed made a lot phenomenal Android smartphones with many variety interesting innovations on it, moreover this brand also indeed a pioneer for some new technology innovation that have enormous benefits for its users.

About quality, certainly Android Smartphone from Xiaomi or Redmi are already be recognized very qualified.

Although that made with high quality brand, but the price are very friendly for us, as you know Xiaomi brand itself is knowed as a great Android Smartphone brand with an affordable product prices.

Now, Xiaomi Brand has been there for many years, on some countries that brand often entered into the TOP 5 Best Selling Android Phones, especially for Asia region.

With the very friendly proce, in the fact Xiaomi or Redmi brand has its own charismatic, related to exclusive customization software, that is MIUI ROM.

Generally, MIUI is Android Source OS released by Google that has been customize by Xiaomi itself, from the hands of Xiaomi, the Android source that customed in such a way, so it is now that MIUI ROM have many rich advanced features with a very nice captivating appearance and system.

Interestingly, every year MIUI ROM always getting a new version update officially, of course that update will rolling out with a lot of improved features and performance in it.

In addition to some of the common things, in fact if we refocused about technical matters, the discussion about its also equally interesting, because Xiaomi and Redmi brand is very friendly in its use.

The first thing most interesting that is very easy to find a variety of good and cool things, when using Xiaomi and Redmi Android smartphones.

Because, until now Xiaomi and Redmi forum community are the largest one that exist today.

In addition, the community forum is also officially provided by Xiaomi itself, so of course you will find and get many interesting things, if you visited that forum community.

Inside community forum, you can easily find a variety interesting tricks, important resources such as Firmware and ROM and the most interesting is that availability of tools, that will be very useful for you in many conditions.


If your user from Xiaomi and Redmi Android phones who feel insufficient with the default configuration by Xiaomi, then this Tool is obviously specifically created for you, then used for what?

Like you know, by default all Xiaomi and Redmi Android phone are selling under the Locked Bootloader state. So, you won't be able to implementing custom settings on your phone.

Well, if you want do customization, then Bootloader should be opened, that way namely is Unlock Bootloder.

For get Bootloder Unlock state in your Xiaomi and Redmi phones it can't be done easily, you must unlocking with special way and also with special software, that is Mi Flash Unlock Tool created officially by Xiaomi.

So, Mi Flash Unlock Tool can using for unlocked the Bootloader on all Xiaomi and Redmi Android Smartphones that exist until today.


The next thing you should to know is related support device to use this awesome tool, like I said before that Mi Flash Unlock is made and officially distributed by Xiaomi.

So, if we talk about the support of such devices, then itss obvious, this tool will support for all Xiaomi and Redmi line series product.

If in the process is correct when you do unlocking processes with this tool, for the end that will certainly be able to get Unlock Bootloader status.

Furthermore, another important thing that you should understand that is Mi Flash Unlock Tool officially only available for Windows OS user only with support on OS versions of Windows 7, 8, 8.1 and also 10.

Mi Flash Unlock Tool can be also used for 32-bit and 64-bit of OS Windows and can be operated smoothly without any problem on it.


Officially from the Xiaomi community forum, when you trying using this tool there has some special requirements, some of these such as:


Actually, it's not difficult for completing all requirements above, only in the end, to get fully Unlock Bootloader state, you have to wait for days o weeks, normally it can be takes at least for 3 days.

Because, generally registration process will be completed within 72 hours, after the system successful registered and completely bind your Unlock Bootloader request, then next you will be able trying perform Unlock Bootloader in your Xiaomi or Redmi device.


Now we are come to the core of this discussion, in this article you will be able to find Mi Flash Unlock Tool from the old to the most recent version, because I always Update this tool if there is latest version that already been released to public.

Size of Mi Flash Unlock Tool is quite small, it's not more than 50MB, then you can easily downloading that tool directly and quickly, because that file hosted in Google Drive.

If you are going to use that Mi Flash Unlock Tool, make sure always using the most recent version, because the latest version should be more stable and also minimal Bugs.


In fact, you don't need any special condition for using Mi Flash Unlock Tool on your computer desktop, because this tool is Portable type and it can be used directly after you success download them.

The only thing you need is doing Extract that file, after that, you just need opening that Mi Flash Unlock app, like this: 
In some cases you may find that Tool can't be open and run properly, there are many reasons why the problem can happen, some of which are possible is when while downloading process that file has occurred corrupt.

So, you must be repeat download that file and as possible using the most recent WinRAR Tool version, to prevent corrupt status during the extracting process.

Furthermore, if the Mi Flash Unlock application still can't be opened, then you must open that app with Run As Administrator permission, like this: 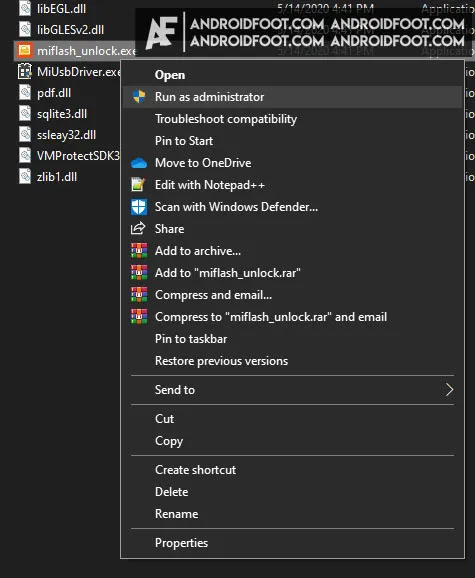 I think now that Mi Flash Unlock Tool is already can be opened properly, then next the other most important is make sure the RAM allocation in your computer desktop has enough available.

Now this discussion has been finished, I hope you can find Mi Flash Unlock Tool version which is suitable for you.

Because, the latest version doesn't mean better than the previous version, in some cases older versions can indeed give better results from the new ones.