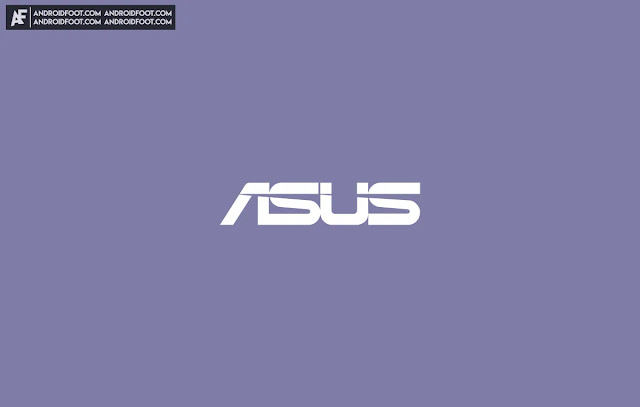 The Android Smartphone from Asus simply can't be underestimated, because Asus with the Zenfone series can compete fiercely with some competitor products that previously dominated several segment levels at Global range.

Starting from 2018, Asus showed that strengt by releasing some series of their Android smartphones that have an excellent capability and of course that unique from Asus Smartphone is still there, it's light reflection design.

Asus Android Smartphone is getting stronger when they release Gaming Smartphone series that is Asus ROG Phone, like you know ROG series that already very famous in the PC Gaming segment, now that brand also coming to Android Phone.


What is Flashing and Flashing Tool?


Flasher Tool is an Software specially made it for re-install specific firmware for some Android Phones, also Flashing itself refers to the action can be using for the Downgrade or Upgrade that firmware for specific Smartphone Android OS version, also Flash method is very effective to addressing various problems on Android Smartphone, such as:


Actually, there are still many beneficial of this Flashing method, all users of Android smartphones can be flash their Android Phones, but that all must be completed requirements in need.

Generally, to start Flash action you must have at least 3 things below :


All three things are mandatory that must be in every Flashing activity, so you will only be able to Flash if the requirement above can be fulfilled.

In this discussion, we will only focus on the Flasher Tool only, which in this case that Flasher Tool specifically for any Asus Android smartphones, you can say this Tool can be using for all version of Asus Android Phones, Tablet also included.


Actually do Flashing in Asus Android Smartphone it can be running in many ways and can also use other Flash Software, but the most and popular method is to use an ATF Software.

This is important thins, actually developer behind AFT software they are not form Asus Officer or Developer, but rather by third-party Developer, you can say this Software is developing some grup or individual person, that are truly amazing to know.

Once again, this Tool can be used for all variants of Asus Android smartphones like Zenfone series, ZenPad and ROG.

If you can get specific Firmware for you Asus Android Phones, then you can already do Flashing method by using this AFT Software.

As I've already mentioned above, before you using this Flasher Tool, surely you need an USB Driver for connecting Asus Android Phones to PC Windows with USB cable, so after that AFT Software can be read connection from USB Cable.

At default, actually you can using this Software directly without installing any USB Driver in your PC Windows, because if you using Modern Windows OS like Windows 10, you no need installing any common Android USB Driver again, because connection from Asus Android Phones to the PC Windows can be connected properly without any problem.

But, for avoid any facing problem after, I will suggest you for Installing Android USB Driver or you can using Asus Android USB, because if you follow my suggest so I can guarantee your Flashing activity will be 100% successful, I hope.

Actually this Tool has long been not get any updated from developer. But, until now you can still able Flash Asus Android Smartphone without any problem, because in the last vesrion on this AFT Software there are no Bugs facing and it can run very well.

Also, this Tool support in term of use for Windows 7, 8, 8.1 to 10 and remember! This Software only for Windows OS only and is not available for other OS.

Last version of Asus Flash Tool is only had size only about 6MB, it's pretty small for great Software like this, you need to know the previous version that using size up to 100MB or more, so for the latest version is the most great version in this history of AFT Tool.

If you want using this Tool, feel free you can get that Software from list bellow, because in this article we provide all version of AFT Software that can be downloaded directly, here the list version :


How to Install Asus Flash Tool in Windows Desktop?


Make sure AFT Software has been downloaded, then Extract that file at place that is easy to find, next you can follow this guide for installing them to your Windows PC : 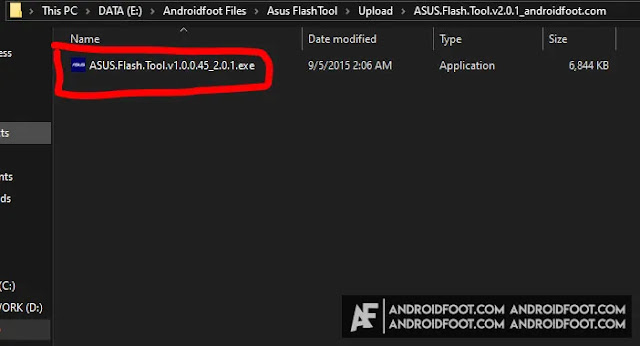 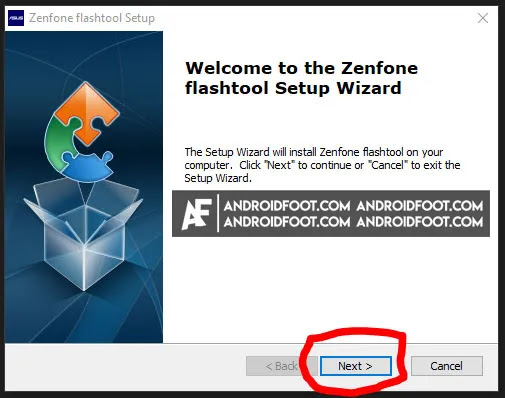 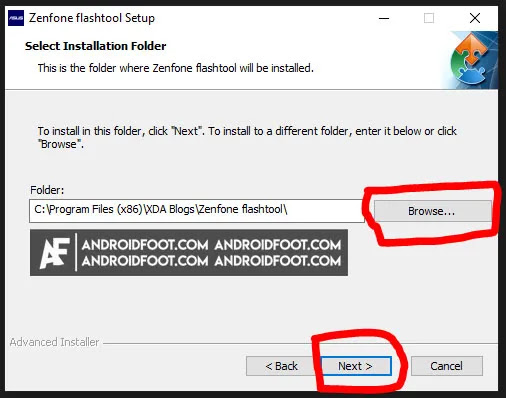 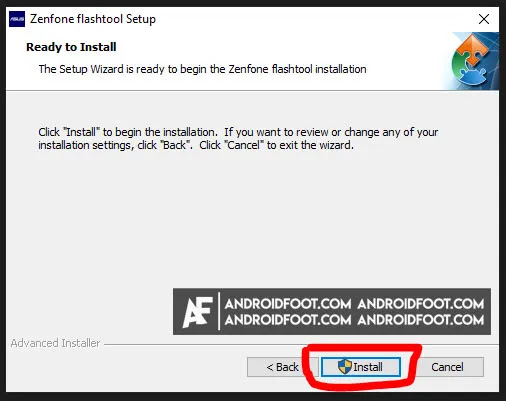 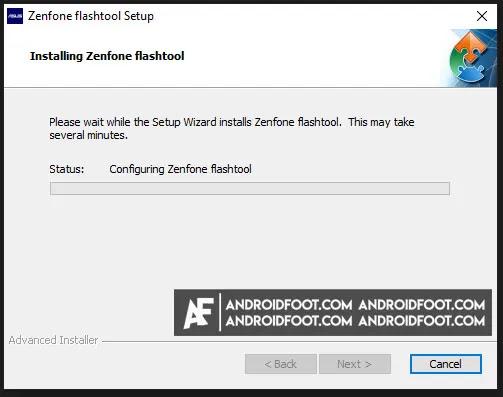 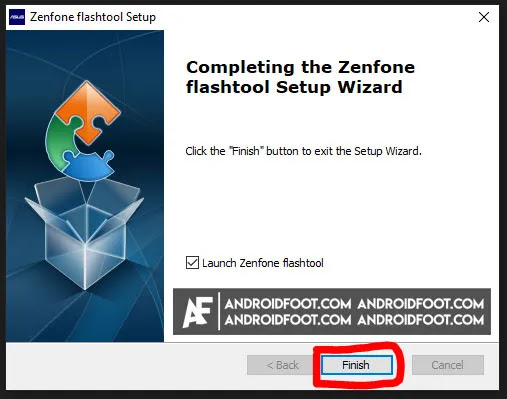 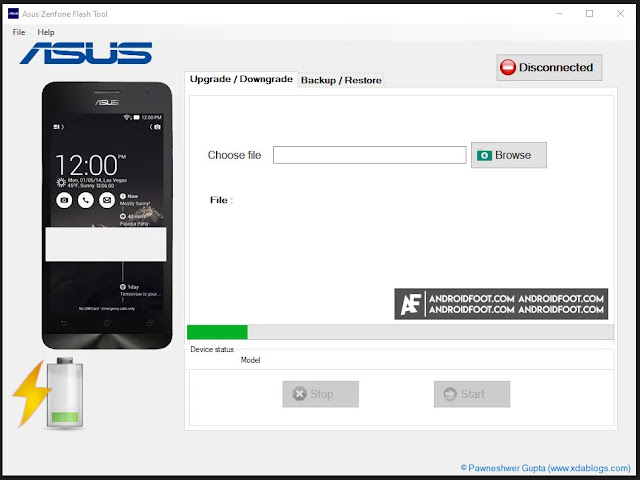 
At the fact AFT Software not can be using to do flashing method only, but also that Tool can  be used for Backup & Restore at Firware scale, so this Tool can Backup or Restore full user data of your Firmware that used before.

Backup & Restore scaling can be using from normal applications until System OS, also it can also be used for ROM level, of course this feature will be needed by some users Asus Android smartphones out there with many need.


As I've already mentioned above, Flasher app for Asus Android smartphones is not just AFT Software, but there are still a few more out there.

But, not like the Universal-shaped AFT can be used for all versions of Asus Android smartphones, at some of the alternative software that can only be used based on the Processor that used in Asus Android phones.

If you're using an Asus Zenfone, ZenPad and ROG Phone series powered by Qualcomm Snapdragon, then you can also do a Flashing using QFIL and QPST Tool.

But, if the Asus Zenfone and Asus ZenPad series using MediaTek processor, then you can use SP Flash Tool for Flashing Sofware, because that Tool is specially made for Android Smartphone that power by MediaTek chipset.

Lastly, if Asus Zenfone Android and ZenPad series using Intel Processor, then you don't need to use another Tool, just use Asus Flash Tool that i've been mentioned above.


Asus Flash Tool (AFT) is great Software for do Flashing in all model of Asus Android Smartphone that exist today, this Tool have friendly user interface and easy to running for everyone, because for using this Tool you no need any advanced knowledge, such as command line or some code for do Flashing in your Asus Android Phones, all the process will be automated running with few action.

In some great beneficial using this Tool is that size is very small, specially for last version, also this Tool can be support most of Windows OS version that exist today, but sadly Linux and MacOS user can be using this Tool, because this Tool only available for Windows user only.

But, if this application does't work for you, then you can use the alternative Software Tool that already mentioned above.